Will a property crash happen in 2017? Hear me discuss this with Professor Paul Cheshire from LSE with Paul Lewis from MoneyBox!

At the weekend I appeared on BBC Radio 4 Money Box to chat property prices and potential crashes with Paul Lewis - you can listen right here. Below is a quick summary in case you don't have time to listen to the whole show:

Firstly, Professor Paul Cheshire explained his thoughts and what had been reported - here's a summary of the Q&A:

A: I think that's an exaggeration, I think we are likely to be heading for a downward correction of house prices, primarily because real incomes are falling and now falling quite significantly. Other economic indicators are not good and what you have to realise is that house prices are set by the intersection of supply and demand, supply of housing is not only fixed almost but it is declining - we have been building fewer houses on average every 10 years for the last 50 years. So, when you get a change in demand, you get a change in price and, at the moment, we are heading for a reduction in demand..

A - Absolutely! Demand is wants backed up by ability to pay.

Q - What about interest rates, there is general feeling that they are set to rise - could this affect demand?

A - Interest affects demand in the short term but does not make a huge difference in the long term. What has been driving up house prices relative to income over the last 50 years is the more or less continuous long term increase in real incomes. However, because we are not building more houses, housing has become ever more unaffordable relative to people's income.

Q - And now we are facing a decrease in real incomes...

A - We are not only facing a decrease in real incomes but probably other uncertainties associated with the Brexit process which will have negative affects on the economy.

Q - You say there may be some sort of correction or a slight fall - the latest figures do show that prices are easing down for the first time, do you think we are seeing the first signs of a correction?

A - Historically, these sorts of price changes - whether upwards movements or downwards - have tended to start in London and moved outwards and you are seeing this process most obviously on London.

Q - What is it that stops us building enough houses?

A - Our planning system has much to answer for, particularly the freezing of land supply that has occurred since 1955 due to the imposition of green belts which have very little public amenity value.

Q - What about the influence of local people? Many say they want more housing just not at the end of their road!

A - That is largely a problem of our own construction through the planning system. Continental Europe has what is called a Master Planning System. The local community adopts plan and then you just get on with it until you revise the plan, maybe seven years later.

Q - You say there won't be a crash, you say we're seeing perhaps the signs of a correction - can you put any estimate on how far it might go in percentage terms?

A - Whilst I said there wouldn't be a crash, I don't think you can rule out a crash. The point is we are in an area of uncertainty, so how far that correction goes I think would be unwise to put a number on.

I then gave my thoughts to Paul Lewis - here's the Q&A:

Q - A correction, an adjustment, but not a crash - what do you think?

A - I'd be slightly more optimistic - the market is influenced by politics, economics and very, very local factors in the property market. The politics and economics are causing a slowdown in the market but as yet we are not seeing prices fall and if people have confidence and don't stop buying over the summer because people are talking about a crash then we will see a natural slowdown which is a good thing. Prices may fall if buyers just stop buying over the summer.

Q - So, you are setting up the press to blame if there is a problem over the summer?

A - To some extent and also from the buyer's perspective you can't blame them for holding off. Interestingly, the latest data actually says that when we talk about this supply has gone down. We have seen buyers numbers go down through a lot of political influence and also sellers numbers go down which is interesting.

Q - The Halifax figures do show that month on month, quarter on quarter prices have drifted down, still well up on a year ago, 2.6%, but still going down, average price is the lowest it's been since last October...

A - Of course you've got Halifax and Nationwide disagreeing. Halifax saying a movement down this month, Nationwide saying up, so, for me if you are buying or selling. or own a home,  what you're interested in is what is happening to the price of your property, on your street andin your area. That, at this moment in time, could be up, down or staying the same depending on the local factors.

Q - Tell us about the local position then as I know that's something you study.

A - One of the things I spend my time doing is looking at sold property price data because that's the real information that people should be looking at. You know the history of the property - for example there is an apartment in Sunderland that sold in 2008 for £250,000 and just sold in April this year for £85,000. When you look at Northern Ireland stats for example, going back to an average - because they had such a boom, although the reports are that price are going up year on year by 4% actually they are already down by 45%. Some areas can crash and afford to, some areas have never recovered so I struggle to see how they will suffer more than they are currently.

Q - So, we've had crashes but local ones?

A - Very much so and everybody seems to talk about a property bubble but no one seems to mention that, I think, we've actually already had them in some areas.

Q - What about things like buy to let changes and changes to the way buy to let landlords are taxed? Stephen Daly said there will be a gradual drop as the changes kick in - do you think that will affect things as more homes will come on the market?

A - Well, we are not seeing that. I do a survey for Belvoir and we look at 'are people selling?' and at the moment we aren't seeing that happen. Those landlords that are in seem to be staying in and maybe buying more. Those people that were thinking of going in to the market are now hesitating looking at the tax implications and perhaps not adding to the stock and adding new landlords which is a problem because tenant demand is going up too.

Q - Perhaps a stronger market than Paul Cheshire was suggesting, can you tell us your prediction in 20 seconds?

A - It depends on your postcode and how much property is for sale there. Literally, prices will go up, down and stay the same over the next 12 months.

Paul Lewis had then done a poll on whether people thought there would be a crash or not - here are the results, let me know what you think:

If you want some more information, you can find my notes for the show below:

At the moment there shouldn’t be a crash, just a slowdown mainly because:

Politically, there has been huge intervention to reduce the demand to invest in property and to reduce risk of over borrowing:

But they are also boosting demand and supply at the ‘lower end’ of the market, especially for FTBs with Help to Buy Schemes.

Next crash will be economically and confidence-led, but homeowners are in a robust financial situation

For more, visit the the Council of Mortgage Lenders. 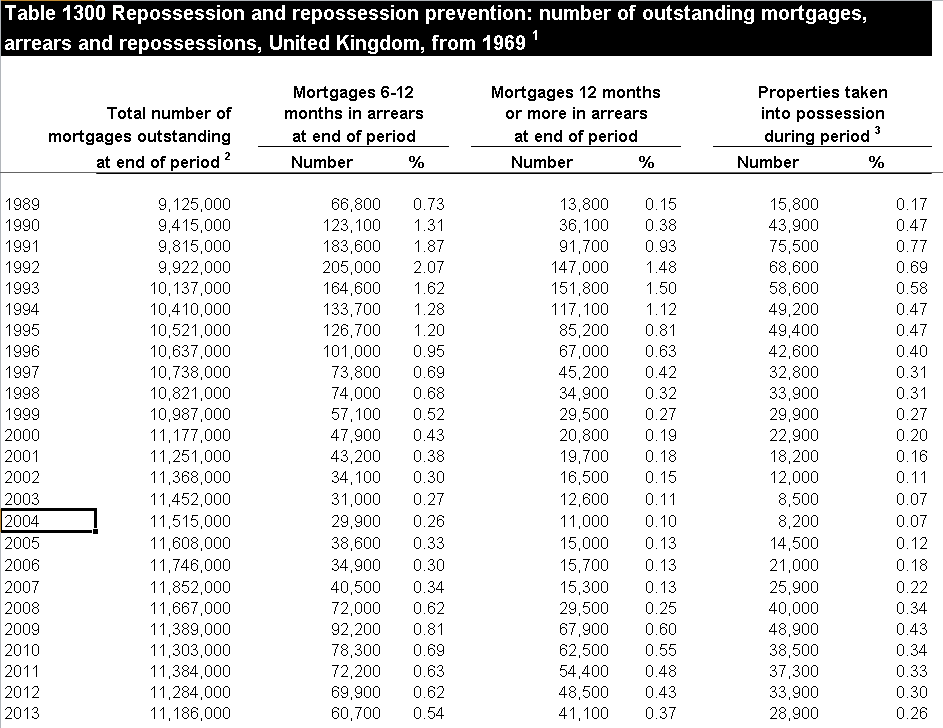 Also, we have a huge number of areas that HAVE NOT recovered prices greatly from the 2007 crash. Nominally five areas out of 26 ie 19% are still below 2007 levels, with Belfast at 46% below; versus London which is 62% up and Cambridge which is 56% up.

Now, inflation wise, there has been a 27% increase since 2007 - this means that only seven cities (a quarter) of our sample have actually grown faster than inflation.