You are here: Home » Building a Property Checklists » The planning system in England - all change?

The planning system in England - all change?

The planning system in England - all change? 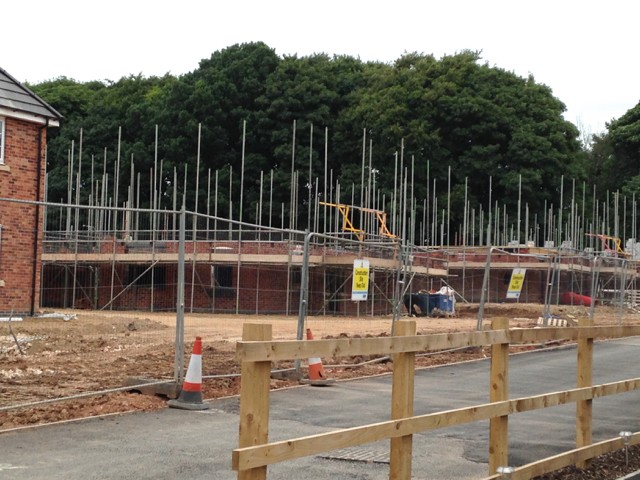 You may have seen the headlines about the government’s pledge to make the most radical changes to the planning system in England since our modern way of deciding when people are allowed to build was set up in 1948. It’s certainly true that in the summer of 2020 there were so many announcements about planning that it’s been hard for the experts to keep up, let alone everyone else.

So we’d thought we’d take a moment to clear up what has already happened – a lot – and what the government is proposing will happen – even more, but there’s some way to go before we get there.

Because while the reforms suggested in the government white paper Planning for the Future could be huge, if you’re reading this in 2020, the changes in force now might be more relevant.

Discussed and consulted on for at least four years, a range of new permitted development rights to build upwards came into force in August and September 2020. The idea is that you can build up to two additional storeys for housing on detached blocks of flats, houses and shops and offices without planning permission.

Sounds simple? The rules turn out to be detailed in parts and frustratingly vague in others. By far the most important one is that all buildings built before July 1948 are excluded. We’ve gone into all of the details in blog posts about blocks of flats, houses and shops and offices.

One of the likely long-term effects of the COVID-19 crisis is that we will need fewer offices. And we all know that we need more homes. So added to the existing permitted development right to turn offices into housing (for which bedrooms and living rooms will now have to have windows!), there is a new PDR allowing you to demolish offices, workshops or blocks of flats that have been vacant for at least six months, and build a block of flats or a single house.

Turning shops into cafés, or banks into gyms

Not so relevant here, but we thought we’d quickly mention that the way planning works for commercial buildings has completely changed. Everything from shops, restaurants and cafés, banks, offices and gyms has been put in the same use class, which means that if you want to turn a shop into a café, you can do so without any planning paperwork at all.

While that has felt like a whirlwind of change for those in the housing business, what’s to come could be even bigger. In August, the government launched a white paper titled Planning for the Future. In the introduction, the Prime Minister announces his intention to ‘tear [the planning system] down and start again’.

The core idea is to get away from planning working on a case-by-case basis. Instead, the local plans set by councils would make it much clearer where you can and can’t build. The whole of England would be divided up into:

There would also be strong local design codes. Potentially, all plots in a growth area would have automatic outline planning permission.

So if you had a plot in a designated growth area, wanted to use for the purpose set out in the local plan and complied with the design rules, the council would have to grant you permission to build. In addition, many more types of building projects would be covered by permitted development.

The idea is that the whole process should be simpler, quicker and more straightforward – whether you can build something should be more of a yes/no question than it is now and much less of a maybe.

The kind of planning applications most of us are familiar with would mainly only be needed if you wanted to build in a protected area – eg, the Green Belt or a conservation area – or wanted to do something out of line with the local plan – eg, build houses where the local plan has offices.

We should make it clear that these proposals are currently only at the initial consultation stage and there has been a lot of controversy.

One aspect that has alarmed some MPs is that housing targets would be linked to affordability: the more expensive homes are in an area, the more homes would have to be built. That could make voters unhappy in some affluent areas – and even worsen housing shortages in poorer parts of the country.

Also, under the new proposals, the public is meant to have its say during the consultation for choosing growth area and setting design rules, not during specific planning applications. Which would come as a great relief to anyone who has had their plans to extend their home scuppered by angry neighbours, but we’re doubtful that English people are going to want to lose their right to object to new developments next door, up the street or nearby.

There are proposals in the consultation that do sound great, including land set aside for self and custom-built homes – but we’re a little sceptical that this would actually happen.

And when, you probably want to know, would all this happen? The government is aiming to have some parts of it in place as soon as possible, so expect more permitted development in the next year or so.

But the target for the new-style local plans – which are crucial for everything else to work – is by the end of the current parliament, i.e. December 2024. Given the huge amount of new technology needed to make the government’s proposals work as they would like, that date sounds optimistic.

You can find the consultation here – it runs until 29th October 2020.

How Urbanist Architecture can help you right now

Those sweeping changes belong to some point in the future. But the permitted development rights for building upwards and for the different ways of converting offices to homes are with us right now. So if you want guidance getting prior approval to build new flats, get in touch with us today.