You are here: Home » Buying and Selling Property Checklists » Mundy v. the Sloane Stanley Estates – a blow for leaseholders?

Mundy v. the Sloane Stanley Estates – a blow for leaseholders?

What does the ruling in Mundy vs Sloane mean for leaseholders? 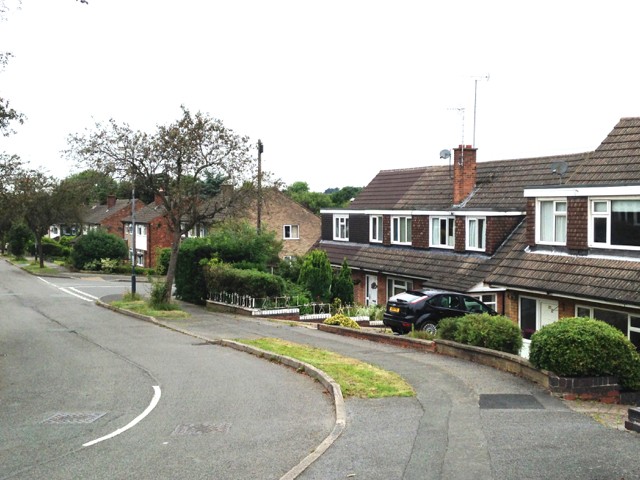 Last week's Court of Appeal ruling in Mundy v. the Sloane Estates has caused consternation in certain sections of the property industry. Many had been hoped the ruling would go the other way, leading to significant reductions in the cost of extending a lease.

However, it’s a real shame that those with money and property seem to have won the day rather than those who lease the properties off the ‘rich’.

What does the case mean?
The case has been an elongated legal wrangle surrounding the way in which leasehold extensions are calculated. Following the dismissal of the appeal and upholding the May 2016 ruling in favour of the Sloane Stanley Estate, the current model for extending leases remains in place..

The decision means the alternate relativity graph developed by James Wyatt of Parthenia Valuations can't be used to assess the value of a lease extension.

Why would this have made such a big difference?
Wyatt's method would have reduced the cost of extending leases for homes where the term had dropped under 80 years, of which there are an estimated 2.1 million in England and Wales.

What’s going to happen now?
Louie Burns, managing director of Leasehold Solutions, said: “This verdict is an absolutely devastating outcome for leaseholders up and down the country, not just those living in Prime Central London. It is so disappointing to see that yet again the courts have backed the interests of wealthy freeholders.

“The Parthenia Valuations model estimates that leaseholders are currently being overcharged by £480 million a year. Over the past two decades that’s a staggering £9.6 billion that has been taken from householders due to flawed valuation methods that have favoured freeholders at the expense of leaseholders.

“The Government has recently said that it is willing to tackle unfair practices in the leasehold market, so it is extremely disappointing that the courts have yet again ruled in favour of wealthy freeholders and their lackeys, all of whom have a vested interest in maintaining the unjust status quo.”

It's clear that campaigners for change are highly vexed by the court's decision. However, recent pronouncements from the government suggest the issue of leasehold extensions has not yet run its final course – so could there yet be hope for those looking for change?

Indeed, Mark Chick, ALEP Director and Partner, Bishop & Sewell LLP, commented on the day of ruling: “Awareness of leasehold is at an all-time high, and today's ruling will further highlight the issue.

"The outcome will no doubt be seen as a blow to those who have been campaigning to see changes in the leasehold system and we cannot ignore the growing ground swell of consumer and political opinion that is now seeking changes to the leasehold system.

"However, what is important to note is that, notwithstanding the outcome of the ruling from the Court of Appeal, the government has in the outcome of the recent consultation on ‘Tackling Unfair Practices in the Leasehold Sector’ and other recent announcements indicated that it wants to look at many things, including making it easier for flat owners to enfranchise and also to ‘simplify’ the valuation process. Indeed, the Law Commission is going to be asked to look at this as part of the proposals from government."

What should current and future leaseholders do?
He urged any leaseholder whose lease is below 80 years – or soon to fall below – to take urgent action to protect their property’s value.

"We would encourage anyone in need of professional advice to make contact with ALEP to locate a member who can help them through the complexities of extending their lease or buying the freehold.”

If you are a leaseholder and have concerns about your situation, you can contact ALEP here.

My view
Believe it or not I feel like I’ve been a victim of a bad freeholder, and, much to my surprise, this was a freeholder that happened to be a housing association who was subsidised by the taxpayer, including me!

Most housing associations are great and look after tenants and private leaseholders. This one didn’t, their attitude at the time was to treat private leaseholders as if we were their ‘ATM’s’ which means they could spend our money on repairs and if they didn’t work, it didn’t matter because they would just charge us for the same job again, not claiming on any warranties or guarantees.

In my view it’s time the government stepped in as promised and created a system that means legal parity to both leaseholder and freeholder. Until that happens, it leaseholders are likely to be continued to be treated unfairly, even if legally!