Although London is often reported as ‘one market’, it really isn’t. From our analysis there are thousands of markets, just in Greater London, but we break this down for you into the 32 London boroughs, so click here if you just want to see how your own borough has performed.

So the property price indices show that the difference between the indices ‘average’ in London is so vast, it’s almost impossible to compare them. Having said that, Rightmove do their index differently, including a large range of properties’ prices, so the averages are probably somewhere between UK HPI and LSL ie around £500,000. What is interesting from Rightmove and LSL is that the latest data suggests that prices have definitely slowed, rising just 2.5% year on year, while the ‘older’ market data from HPI is showing growth of 12% similar to the last few years, but this is likely to reduce over the coming month.

Want to find out what's happening in your borough? Click here

The top five growth areas year on year continue to be the outlying areas of London which prospered from around 2014/5, while zones 1 and 2 tended to do well earlier in the recession, with Kensington and Chelsea prices starting to rise after their credit crunch just nine months into the recession. So the five-year growth figure tends to apply more to inner London areas which are now, not surprisingly, hitting an affordability ceiling. This is of interest as we don’t know if the market has just run out of steam for a while or if these areas are genuinely being affected by Mortgage Market Review and also the restrictions of the amount lenders can lend which is 4.5x people’s salaries. These caps haven’t existed before and we are now going to really see if they have a permanent effect on slowing the London market. This shouldn’t be of a worry to anyone. Slower price growth after rapid increases following rapid falls is normal market behavior and let’s face it, Londoners could do with a bit of break whether they are existing homeowners or trying to get onto the ladder. It’s investors who are likely to be hit by less capital growth and higher taxes, but I doubt anyone is going to be worried about them!

Don't think you can afford to buy? What about shared ownership?

Most buyers are looking at 10-12% growth while new build prices reflect the high cost of land and premium nature of new builds
Although ‘older data’ from the HPI, this continues to show the vast difference between first-time buyers paying just over £400k for a property (albeit a lot of money, it is still an average, so some pay more, some less) while those who are already owners and have built up vast amounts of equity over the last few years can afford to pay a lot more – the difference being nearly 30% more to trade up. Interestingly, mortgaged properties aren’t that much more than first-time buyer purchases: about 12% more, suggesting many buying in the capital are actually buying for the first time. What is astonishing, though, is people buying, on average, a property for nearly £515,000 in cash. Personally I think I’d run off with that money and buy somewhere else… commuting in when required!

Buying for the first time? Read our FTB quick guide

The Rightmove data below shows that using ‘averages’ for London itself is really pointless; individual purchases by different groups in different boroughs is the only real way to gauge property prices in the London area.

London sales slowed substantially in the second half of 2016

Prices have slowed, sales have slowed and the average time to sell has increased to 54 days. But as said earlier, this was all predicted and isn’t a problem for many as those who have just moved are unlikely to want to move again for some time, giving prices a few years to secure some gains, allowing people to move again. Meanwhile, if wages continue to grow in the capital, hopefully affordability will improve slightly.

Want to find out what's happening in your borough? Click here

Looking to sell sharpish? Read how to sell your home quickly.

Sadiq Khan introduces more plans for affordable housing and has a pop at his predecessor
The Mayor of London has announced a further two sites that Transport for London (TfL) will bring forward as part of his plan to fast-track public land in order to provide a greater number of affordable properties for residents of the capital.

The building of new homes in areas owned by TfL has been speeded up by Khan after land was identified with the potential for around 10,000 properties across 75 sites.

The Mayor said “It is unacceptable for sites to sit unused when our city is crying out for more housing.”

Two sites which have been announced recently are located at Landmark Court in Southwark and Fenwick South in Lambeth. 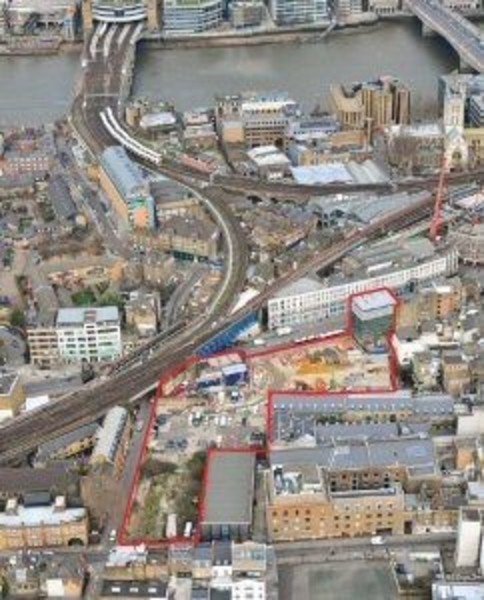 Both Fenwick South and Landmark Court form part of Khan's promise to bring forward TfL land for home building with a commitment that half of the properties across their portfolio will be affordable. This comes hot on the heels of the Mayor's announcement in the Summer that land owned by TfL in Greenwich, which had been ignored for the past eight years under Boris Johnson's mayorship, would be fast-tracked for development.

Sadiq Khan said: “A chronic lack of affordable housing in our city has undeniably led to Londoners being priced out, with rents they can't afford and little hope of getting on the property ladder. We won't be able to fix this problem overnight, but I am determined to lead the way by building more new and genuinely affordable homes to rent and buy.

“That is why it is crucial we get on and start building affordable homes on the hundreds of sites owned by Transport for London that we know have been sat undeveloped for far too long. It is unacceptable for sites to sit unused when our city is crying out for more housing and these two sites are just the next step in fast-tracking public land to deliver homes for Londoners.”

Another place mishandled by Boris Johnson (according to Khan), Old Oak Common, has recently been subject to review by the new Mayor. Following a review of the Old Oak and Park Royal Development Corporation (OPDC), Khan claimed that plans to regenerate the area in West London were left 'in a mess' by the Johnson administration.

Khan did give his backing for the regeneration, however, he emphasised the need for the Government to lessen the financial burden it will place on Londoners. He criticised Johnson for 'rushing headlong' into an agreement with Downing Street to transfer the land and claimed that poor terms had been agreed compared to similar schemes around the UK.

The Mayor announced a formal review of OPDC in early Summer with the intention of making sure that residents of London receive the best possible benefits from the regeneration opportunity.

Recommendations by Khan include:

In the time since Khan first announced the review, the rate of development at Old Oak has increased and development to the north of the Grand Union canal has actually been quicker than anticipated:

All this after the Mayor intervened to increase the level of affordable homes.

Worried about getting on the ladder? Read our new build shared equity checklist.