What's the housing situation in England? 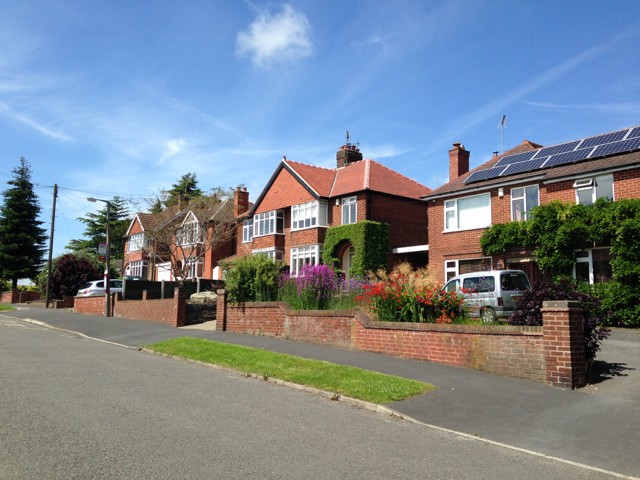 I’ll do a more detailed analysis when the full report comes out in the summer.

Owner occupation unchanged for third year running
There are around 22.8 million households in England of which 63% are owner occupied. The amount of owner occupied households rose throughout the 1980s to 2003 reaching a peak of 71%. Post 2003, the rate steadily declined to its current level which has remain unchanged since 2013-14.

Kate’s thoughts…
It’s no surprise that home ownership is no longer on the decline. One of the major things that most analysts seemed to have forgotten is that from 2007 to 2013, in many areas, our housing stock was falling in price – on average around 20% and in areas like N.Ireland by a dramatic 50%.

So, first-time buyer average ages went up (sensibly) during this time, as did the percentage of people buying versus renting. In my view, it’s bizarre that this hasn’t yet been picked up.

However, the initially much-criticised Help to Buy Scheme has definitely helped to turn the tide and, with more schemes announced in the recent white paper, we may even see this grow in the future. Especially as it’s currently predicted housing will become more affordable nationwide, with lower capital growth rates expected on-going.

The composition of owner occupiers has changed
There have been more outright owners than mortgage holders since 2013-14, and in 2015-16, the proportion was even higher, with 34% of households owning their property outright. Meanwhile, the percentage of mortgagors has dropped from 31% in 2013-14 to 29% in 2015-16. This is partly the result of an ageing population, with people paying off their mortgages as they head towards retirement.

Kate’s thoughts…
I find it funny how we aren’t singing from the roof tops that over half of home owners own their property outright – with no mortgage. That means if even the housing market goes pear-shaped, they won’t necessarily be forced to sell their homes.

And with low interest rates, we are also looking at the lowest repossession rates since 1982. So, on the one hand, we talk incessantly about a housing crisis but, on the other, most existing homeowners are doing just fine and, for them, there is no crisis!

Looking for a mortgage? Here's how to secure the right type for you.

Kate’s thoughts…
This is an interesting stat and yet another one ignored. In my view, the main reason there are more people – and especially families – in the PRS is due to the lack of building of – and, indeed, selling off of – council homes.

Add to this a larger student population and the much talked about immigration levels and of course you have a growing PRS. Where else would these people live?

It’s really time government and lobbying groups woke up to the fact that the PRS is growing, it’s here to stay, but the majority of people in it are not vulnerable, they are there because it makes sense for them to rent, not buy.

For those on benefits and in the PRS due to government policy NOT to house them in the social sector, guess what? Housing benefit bills will go up and because it’s easy to identify who on benefits is renting, it’s also easy – and possible in my own experience – for local authorities to do a lot more to ensure they rent from reputable landlords.

It’s time to stop blaming landlords and letting agents for problems in the PRS and look at what the government and local authorities should be doing to protect the vulnerable, especially those on benefits – that’s their job!

There was no significant change in the proportions of families who owned property outright or with a mortgage.

Kate’s thoughts…
This isn’t a surprise as they are renting their property and don’t have to incur any maintenance costs. Also, with many mortagees paying off their loans as they get older and in particular with first-time buyers having to pay on a repayment basis, then these figures aren’t quite so useful as they appear.

What is interesting though, is that in the government housing white paper they claim 50% of earnings is spent on renting in the private sector; looks like they have their own facts and figures very wrong!

Overcrowding
The rate of overcrowding remained steady among private renters and owner occupiers, but went up in the SRS.

However, in the same period, the proportion of under-occupied households in both rental sectors has fallen:

Kate’s thoughts…
This isn’t really a surprise either. You buy a house for your kids, stay in it for 20 years and then they leave. You stay put and want a home they can come back to themselves or visit when they have kids of their own.

But in the social sector, it does look like the recent ‘bedroom tax’ may have had an influence on the number of people moving out of their home into a smaller property as these are quite big changes.

Double glazing on the mind? Here are our 15 steps to choosing window, glazing and door specialist.

What’s interesting is that these figures suggest that properties in the PRS are now more energy efficient than owner-occupied homes, meaning although tenants pay more in rent, they are renting properties which have lower heating bills as well as no maintenance costs.

Kate’s thoughts…
There’s clearly some work to do in the PRS on carbon monoxide. I’ve got one and, to be honest, if I had a tenanted property, whether I needed one legally or not I’d get one fitted and professionally checked. It’s a small price to pay to protect your tenant’s life.