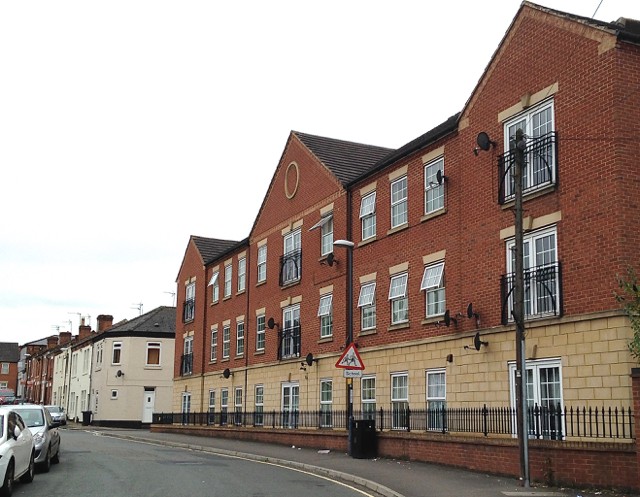 Following last week’s government announcement outlining proposed reforms to the leasehold system, Mark Chick, ALEP Director and Senior Partner at Bishop & Sewell looks in detail at the changes outlined and considers what they mean for the enfranchisement sector.

Last week the government announced its intention to shake up leasehold law as we know it...

Right in the middle of Brexit, we have an announcement from MHCLG that Robert Jenrick as Housing Secretary plans to get government to act on the proposed reforms to residential leasehold.

For those who have been following this story, this is the culmination of the journey that started with the commentary in the White Paper ‘Fixing our Broken Housing Market’ and then led to the paper ‘Tackling Unfair Practices in the Leasehold Market.’ After this we had the Law Commission’s extensive work on the proposed reforms in this area, which led to the publication of their output paper ‘Leasehold home ownership: buying your freehold or extending your lease’ published on 20th July 2020.

Government now plans to act and this announcement makes plain their desire to adopt a number of the Law Commission’s recommendations. However, ALEP and other professionals in the sector are calling for clarity and further information regarding timescales, technical legal details and how changes will work in practice.

What is also clear is that government plans to deliver updates in two stages; the first most likely to be to take steps to ban ground rents and the second to pave the way for more comprehensive leasehold reform.

We anticipate that the exact details will become clearer in due course, but the headline news items that we can take away from the recent announcement are as follows:

These are all massive changes and shows the government’s resolve to pick up on a number of the key recommendations in the Law Commission’s report.

Here are some of my initial comments on these recommendations:

This is massive and will not be popular with freeholders to say the least. It certainly will make it ‘cheaper’ to extend a lease or buy the freehold.  There is also an indication that a calculator will be made available to determine claims, whether the ‘calculator’ is to apply to all claims, or just simpler or lower value claims remains to be seen.

However, the proposal to remove marriage value (which often comprises up to 1/3 or more of the premium in many mid-lease length cases) is big news. There is almost certain to be a challenge from the larger freeholders under Human Rights legislation or similar. If we consider the position of say a high value flat on one of the Central London ‘Great Estates’ this is going to be significant.

This is not a surprise – the plus 90-year lease extension has just been upgraded, by another 900 years and so won’t need doing again.

The nil rent element is no surprise either as this was (and is) the case for statutory extensions as things stand. The ‘surprise’ is in relation to leasehold houses – the new lease will be at a nil rent rather than the ‘modern ground rent’ under the plus 50-year extension that exists (and is never used) at the moment. You might ask what the point of this is – but it does give a leasehold house owner the right to make the lease much longer and buy out any existing ground rent in one go – although the current note is silent on buying the freehold – presumably MHCLG will propose to adopt in due course the Law Commission’s recommendations on making ‘units’ enfranchiseable so that both flats and houses are subject to the same regime.

The relevance to houses is a particular response to the so called ‘Leasehold Scandal’ of leasehold houses being sold by developers with onerous rent terms which in part have sparked the governments interest into reforming the law in this area.

It also appears that a cap will be set on the sort of ground rent that can be charged if a lease is renewed outside of the statutory process. The detail is currently unclear, but possibly this may follow the Law Commission’s recommendations that any new rent could be imposed only during the existing lease term and might be subject to an overall cap. There is certainly an indication of a cap on the ground rent payable.

We’ve been here before – when the Commonhold and Leasehold Reform Act 2002 came into force, in 2003, but this time there does appear to be a willingness to recognise that unless it can be made fit for purpose and also the “industry standard” (and possibly also compulsory?) there will be no take up.

An industry-wide cross sector committee would be very welcome to iron out the issues and to set the frame for other reforms that may be needed to make it work. Unfortunately, the current version of Commonhold is not sophisticated enough – and proper refinement for implementation may require other areas of law to be dealt with as part of this process.

As ever with a packed parliamentary agenda including both Brexit and Covid-19 we will have to wait and see. However, this announcement does make plain that legislation will be brought forward in ‘in the up-and-coming session of parliament’ to set ground rents to zero. The announcement states that this is part of a two-stage process of reforming the law with a response to the remaining Law Commission recommendations ‘in due course.’ That appears to indicate a longer time frame for the wider reforms.

What does that mean in practice?

If you are extending your lease at the moment, no change. None of this is law yet, nor is it certain when it will be. Perhaps the ground rent change (for new leases only) will come into effect in the next 1-2 years. The other more wider reforms might well take a lot longer – there is no draft bill for either of the proposals discussed in this note at the moment. Even once a bill is prepared it has to get through parliament and as mentioned above it is likely that the proposed radical reforms to the valuation mechanism will be challenged. That could well delay progress.

We have been estimating a 3-5 year time line before any of this may become law and what is not clear is even if the law does change what form any changes may take. So in other words, if you have a property affected by these issues you will most likely still need to take action now as the mere ‘prospect’ of reform is not likely to be something that will resolve any existing issues.

As this is stated to be just the first part of a ‘seminal two-part’ programme of reforming legislation, we are going to need to see more detail on what the next steps are and how it is proposed to bring these into effect. We will also need much further clarity on the proposals relating to valuation reforms and the likely timescale for these proposed changes and how the rest of the valuation aspects of the current legislation will be affected.

We await the first draft of the initial legislation with much interest (we assume that this will relate to ground rents). We also look forward to the government’s response to the Law Commission recommendations (the second part of the programme of reform mentioned above), so that our members can comment on what these changes will actually look like in practice as it is clear that until these are announced the full detail of the future legal landscape in leasehold will not be clear.