Is buy to let dead?

Buy to let - dead or alive? 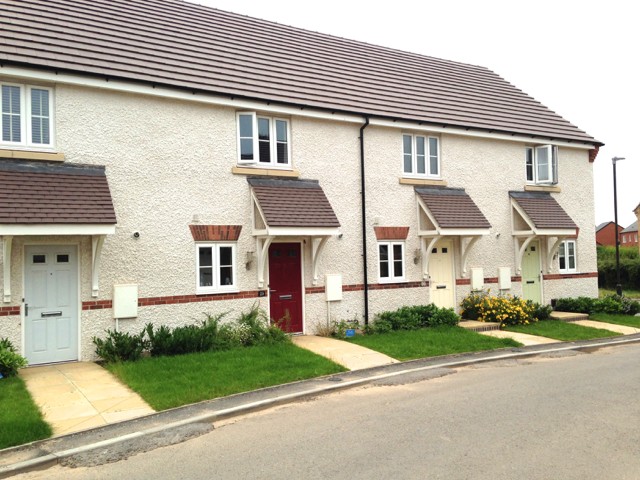 This has been a popular headline for several years now, so I thought it would be useful to take an independent look at the actual facts and figures.

The reality is that although the government and tenant groups may want to reduce the number of individual buy to let landlords in favour of institutional Build to Rent, there is no way I can see that their stock will make up for the void left by new market entrants or landlords leaving the market.

It’s important to remember that the huge growth in rental market was never supply driven, it was demand driven – by successive governments. The Conservatives in the 1990s wanted to reduce people’s dependency on social housing; Labour drove more students into higher education and both governments have seen a huge growth in migration. It’s these policies that have caused the growth of the private rented sector (PRS). Coupled with a general lack of homes in all tenures, this has meant prices have risen and as a result additional growth has come from areas where people can’t now afford to buy.

All landlords have done is respond to these increases in demand and that appears set to continue – whether the government want it to or not. According to Knight Frank’s ‘Multihousing 2017 PRS research report’, the proportion of households living in the PRS has doubled in the last 10 years or so, and it is expected to continue to grow:

What’s happening to supply?
CML’s latest report states “We have revised down our forecast for buy-to-let lending. We expected to see £38 billion in 2017 and 2018. Now, we expect £35 billion in 2017 and £33 billion in 2018”. So from a mortgage perspective, tax increases appear to have had a direct impact on reducing the number of landlords coming into the market.

Although some have predicted a mass sell-off, in a quarterly survey I carry out for Belvoir offices, they report a large rise in rents most notably in market towns, but normal falls and rent rises around the rest of the country. Talking to market town agents, it appears the large rise in rents is partly down to a lack of new landlords bringing additional stock to the market, due to the tax changes. As a result of this rental stock shortage and due to the wealth in some of the market towns, properties are now being rented to the highest bidder, typically the wealthier tenant, which is raising rents beyond the traditional +/-4-5% trend.

Across the country though, Belvoir report that “The average number of offices seeing landlords add 6-10 properties appears to have declined when compared to Q2 2016 (15.0% vs 10.9%) although offices with landlords buying up to three properties remained static. The number of landlords selling property has fallen since Q2 2016, suggesting that we are not yet seeing the predicted ‘landlord sell off’ post the new tax increases, but we are seeing a drop in new landlords entering the market.”

As such if agents want to retain and continue to grow buy to let business, they need to be very hands on with investors. Existing landlords need to be reassured that buy to let is not ‘dead’ and can still offer good returns, particularly if they are investing with cash or have been investing for some time and already made good money.

The first thing landlords (and their agents) need to know is the impact of the mortgage relief changes and create a plan to mitigate them. From a profitability basis, Shawbrook have brought out an in-depth report on the Buy to Let Market. Part of the report looks at the impact of the mortgage tax relief reduction for higher rate tax payers, showing that a BTL investor collecting a rental income of £5,000 per month and mortgage interest payments of £4,000 per month profits could drop from £600 per month to a loss of £200. 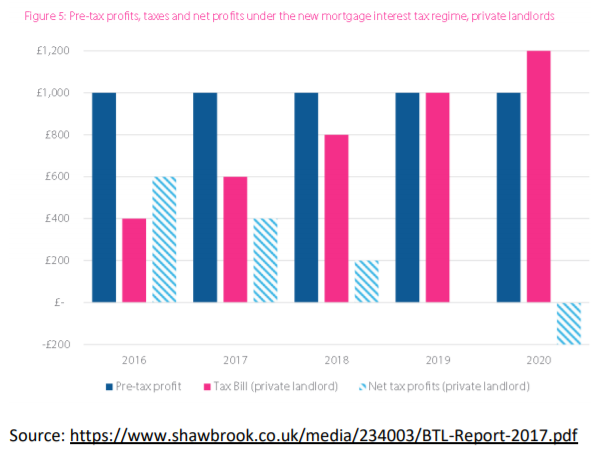 If it’s possible to raise rents over the coming years, that’s one way to compensate as is checking the landlord is on the very best mortgage deal that allows them to continue to make a profit, or pay down some of the mortgage lending over the next few years.

In addition it is still worth agents encouraging and leading the way for landlords by calling on their local MPs to reverse the mortgage interest relief changes; stop any new rules and regulations to allow existing ones to bed in and also, for those who wish to, allow properties to be moved into a company without any Capital Gains and Stamp Duty costs (Paragon Mortgages survey).

So, over the coming year, agents are going to need to step up a gear, not just letting property but account managing and guiding landlords on ways to mitigate the tax hikes and offer reasons to hold onto their investment. This is essential if lettings is going to avoid the potential double whammy of falls in stock to let and loss of agent fees in England.