You are here: Home » Problems and Complaints Checklists » How selling a house landed us in court

How selling a house landed us in court

Lisa Orme, a landlord in the Midlands, explains how she and her husband found themselves in court over a boiler in a house they sold. 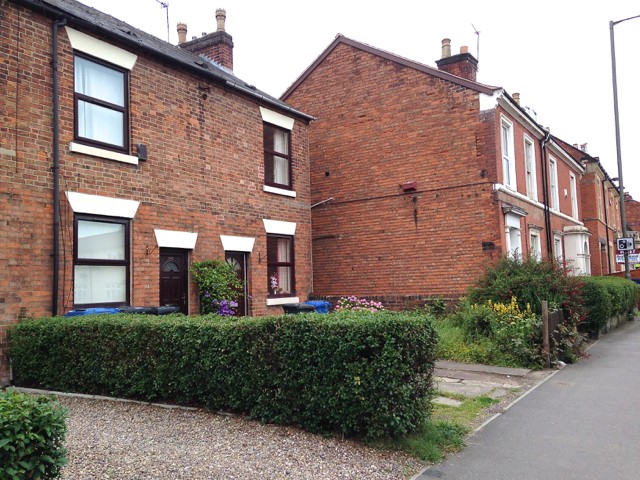 We won! It was by no means clear cut however and for at least three quarters of the court hearing I thought we might lose. So, what landed us in court?

Even now I’m surprised it happened or that it got there in the first place: we simply sold a property.

The house sale – and the boiler issue
The three-bedroomed semi in Rugby had been purchased as a buy to let and been tenanted for ten years with no issues.

Every year we had a gas certificate done by a qualified plumber and, when requested, provided a copy of the last certificate to the solicitor for the buyer. An ordinary residential house seller would have no such certificate.

The Property Information Form you complete when selling a property asks if the heating system is in working order which, as far as we were aware, it was. There had been no complaints from the tenants or managing agents during our ownership.

In December 2016, the buyer moved in and immediately contacted the estate agent to say he couldn’t get the boiler to work. We explained to the agent the gas was turned off as a condition of our insurance policy and provided our plumber’s contact number as he knew the system.

Instead, the buyer called out a gas supplier who, he said, condemned the boiler. He then contacted the agent and asked us to pay for a new boiler.

Caveat emptor
Obviously caveat emptor (“buyer beware”) applies and there was no misrepresentation as, to the best of our knowledge, the boiler was working. The buyer had no survey or inspections done other than the mortgage valuation so the onus was on him.

All in all, I didn’t believe he had a leg to stand on so flatly refused.

I thought the issue had gone away, but court documents arrived in early February. The buyer was claiming nearly £3,000 towards half the cost of the boiler. We had just had a new boiler replaced at another property for £1,500 so this seemed excessive.

I thought this would be kicked out of court but, as I discovered, basically as long as procedures are followed, you’re entitled to ‘your day in court’ and so, after several months of worry and responding to the court with statements, evidence and documentation, we found ourselves in court in June 2017.

The claim itself wasn’t an issue from a financial point of view and so many times you think ‘just pay it and be done with it’ but, apart from the principle, I realised the significance of this case and its potential impact on the entire property industry.

There have been many ‘caveat emptor’ cases in court and, while we were confident of the arguments, we needed expert help. We found out we could use barristers to represent us in court, without the expense of a solicitor as an intermediary. We were recommended to Rupert Butler at 3 Hare Court Chambers in London, who is one of a handful of counsel who are both licensed to conduct litigation and to accept instructions directly from clients. This meant he could send a junior colleague, Tom Horton, as our advocate at the hearing while overseeing the case. This way, costs were significantly reduced.

Tom was brilliant! I was perplexed at his line of research, however. Several times I questioned why he didn’t just concentrate on the caveat emptor element; after all there were numerous cases in the courts that reinforced this case law. But you should trust your barrister and I’m glad we did…
The claimant represented himself and didn’t submit any paperwork or evidence to us or the court in advance. If you don’t submit documents to the court technically they aren’t admissible but the judge still allowed them and gave us and our barrister just a few minutes to read them; they comprised the gas company’s reports and the invoice. Interestingly, the boiler hadn’t been condemned at all; however they advised it may need replacing in the future – likely true for most boilers!

The judge spent a lot of time studying all the gas certificates, especially the latest one, dates, comments etc. And he went into a lot of detail about the boiler, what happened to it, timelines etc.

Our barrister referenced the Property Information Form and that it clearly states the obligations sit with the purchaser and no legal or technical warranty lies with the seller.

Despite my own thoughts, caveat emptor played little part but our barrister did a blinding job of retrieving case law on the provision of documentation by the seller to the buyer that has been provided by a third party (the plumber in this case) and whether it can be assumed that the seller is therefore acting in a technical or professional capacity in passing that on. The case law determined that they wouldn't be and the judge used it as the main basis of his support for us.

We were lucky that Tom had found this as we were surprised at how much reliance the judge put on the gas certificate.

Our barrister made the point repeatedly that, in most sales, there wouldn't be a gas certificate. The judge mentioned this several times, too, but also kept making the point that there was one so it could in fact be relied upon.

The fact that the claimant had only asked for 50% of the costs impressed the judge too; he said that he had been ‘fair’ and at several stages we fully expected him to agree to this as being a good halfway house, despite the legal arguments.

Genuinely, until the judge said the words “and as such I'm dismissing the claim”, I wasn't sure we would win.

What we learned
I'm not sure we could or should have done anything differently.

I would say, though, that keeping accurate records and copies of everything is crucial; you never know when you'll need them. For example, we produced every gas certificate for the 10 years we owned the property. The judge wanted them, studied them and gave credence to the fact that as landlords we seemed honest and fulfilled our responsibilities.

My background is as a forensic scientist and I’m used to courts being very black and white and evidence-based; civil courts are not like this at all and opinions and personalities seem to play a much bigger part than any of us care to realise!