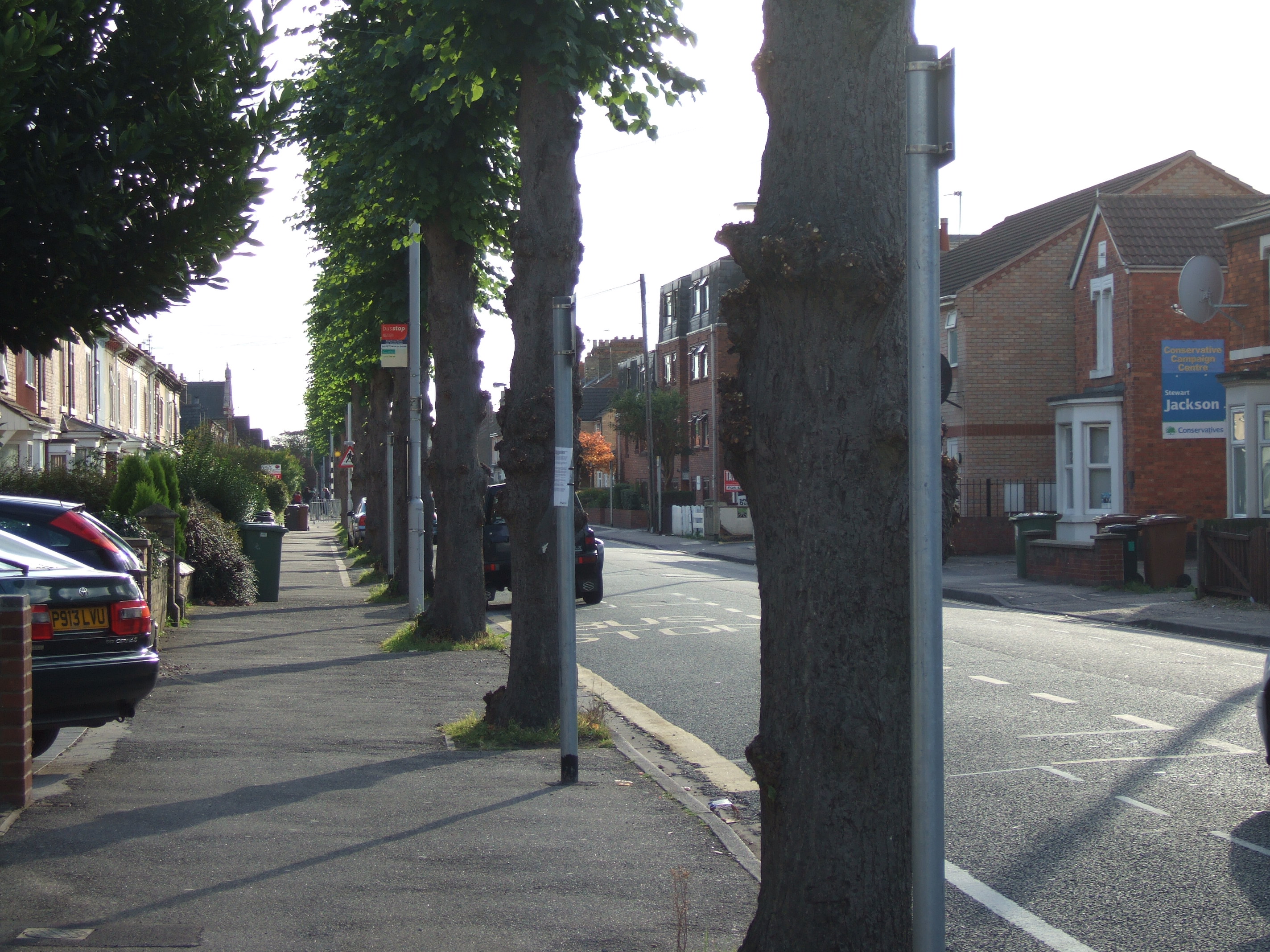 According to the government, this Bill will “transform generation rent into generation buy”.

So you can pretty quickly work out this isn’t something that intends to help tenants at all and, as such, also doesn’t help buy-to-let investors. But developers and first-time buyers can look forward to a steady run over the next few years.

And although more new builds being planned will help boost agents’ business, the likely loss of buy-to-let business and the continued expectation of a lack of stock for buyers and rents means they will continue to take the brunt of the government’s and local authorities’ lack of ability to provide enough homes for population of the UK.

There has been much comment recently on the changes planned in this most recent Bill to hit the housing market, so I thought it worth summarising what’s actually proposed and how it will affect your circumstances.

So what is the Bill proposing and how will it affect:

Summary of the Bill’s proposals:

The new Starter Homes scheme, outlined in the Bill, is just for first-time buyers and you have to be under 40 to be eligible.

The Bill places a new legal duty on councils to provide 200,000 Starter Homes at 20% off the market price; it’s expected these will be on brownfield development sites.

Good, bad or ugly idea?
The details have yet to be explained but, to some extent, it seems to be a bit of a ‘repeat’ of the Help to Buy scheme, just more restricted to first-time buyers. There are also the following conditions:

It’s a bit of a bizarre idea to me. It certainly doesn’t help those in London – people there need help with homes to buy under £250,000 and to rent under £1,000. This appear just to give a one-off discount to first-time buyers, so doesn’t help the long-term affordability issue at all.

The other effect it could have is to depress prices of existing properties or other new builds in areas where there isn’t a huge supply and demand deficit, so for those looking to sell near these sites it could have quite an ugly effect.

Strategically it seems a bit of bad, short-term idea. But if you are a first-time buyer, it could be considered a gift from the government, so if you are interested, it’s definitely worth signing up to the Starter Homes register to alert government and local authorities to what you want to buy and where.

Getting Local Plans in place by 2017
This is an excellent idea and it’s outrageous that there are local authorities who have not produced them. Basically they require councils to identify the supply and demand for housing in your area and where and what they intend to build.

Local Plans have to be produced and published in full consultation with you, so there isn’t a reason why you can’t influence what is built and where in your local community. If you do care about putting roofs over people’s heads, then get involved.

Here is an example of development and conclusion of Local Plans from Rugby Borough Council:

Good, bad or ugly idea?
Definitely a good idea, but only as long as local people are genuinely engaged and of course input themselves.

The two plans are to offer housing association tenants the same deal council tenants have had, to buy their home at a huge discount, moving the tenure from social to private ownership.

The second plan is to make sure “those tenants on higher incomes who are living in social housing have a rent that reflects their ability to pay, while those who genuinely need support continue to receive it”.

The plan is to make sure “Households in social housing with a total income of more than £40,000 in London and over £30,000 elsewhere, will pay a rent at market or near market levels. This will put an end to the situation where higher-income social tenants benefit from taxpayer-funded subsidies of up to £3,500 per year.”

Good, bad or ugly idea?
The Conservative government has already sold off one million properties from the social to the private sector, many of which are now being rented back to social tenants privately, causing a rise in housing benefit payments to claimants which perversely many MPs and tenant organisations are now complaining about, blaming landlords rather than the real cause: a lack of investment in social housing.

Interestingly there are now just over 1.5 million on council waiting lists and this Bill does nothing – and in fact worsens the situation – for anyone genuinely in need of help to put a roof over their head due to disability, mental health issues etc. The more homes that are sold off, the higher the cost to replace them.

The cost of land and to build new homes in many places is now higher than the ‘affordability’ of social homes, so the more properties sold off which were built and paid for many years ago, the more difficult it is to financially support social homes.

Effectively the government is winding down the provision of social homes in the UK. The problem with this is that the only other tenure that take people is the Private Rented Sector. This is a sector the government refuses to regulate properly and the growth of which is also being curbed.

These proposals, together with the curbs on buy-to-let, mean that any social and private rental tenant is likely to have difficulty in finding a home in the future.

Ensuring the sale of high value council assets that can be used to support people into home ownership
This proposal suggests that 5% of the most valuable council housing stock is sold off to build more affordable and cheaper properties with the proceeds.

This is an ugly idea in the main. Councils already do what they can to manage their stock as do housing associations. But if you sell off high value buildings in local authorities where it is really difficult, if not impossible, to rebuild at affordable prices or the land is not available in the first place, then all this policy will do is to reduce – if not eradicate altogether – social housing stock in already unaffordable areas.

Automatic planning permission in principle on brownfield sites and support for small builders
The proposals suggest that planning permission is automatically granted to bring forward more land and make it available to build new homes quicker. In addition it’s proposed that rather than just supporting the big housebuilders, more developers are brought back into the market by supporting small builders, especially with the provision of Custom Build properties which support developers and those that want to build their own homes.

The aim is that councils have to allocate enough land locally for 20,000 new custom and self-built homes by 2020.

Good, bad or ugly idea?
Definitely both of these proposals are a good idea! You can and should register for Custom Build if you want to have a crack at influencing the design of your home as this is a chance of a lifetime to achieve your own Grand Design.

Also anything that helps to speed up planning permission – which can sometimes take years, if not decades, to get through – is good to bring forward, so both of these plans, in my view, are good ones… as long as they are detailed in the Local Plan and discussed with local communities.

Measures to tackle rogue landlords and speed up recovery of abandoned homes
This idea is to give councils the ability to blacklist bad landlords and, in serious cases, make sure they are banned altogether. There are also plans to help landlords recover their property without going to court.

Good, bad or ugly idea?
Anything that weeds out rogue landlords that give the industry a bad name is a good thing, as is the ability of landlords to recover properties that tenants have moved from without endless paperwork and taking up court’s valuable time unnecessarily.

So who wins and loses from the Housing Bill?
The main winners from the Bill are definitely first-time buyers and developers. The key losers are landlords who will end up with more rules and regulations to pay for, without any overriding regulation. Some local authorities will do a good job and weed out bad landlords, others are likely simply to ignore what they see as ‘extra work’, due to budget cuts.

But the biggest losers overall are anyone needing an affordable home and tenants. Absolutely nothing in this Bill helps them to secure a home in the future. That’s a shame as it is where the real housing crisis exists.

When will the Bill and recommendations be finalised?
You can track the Bill’s progress through Parliament.

Latest information says that the Bill has had a second reading and it began to be debated on 5th January 2016, with plans for third reading on 12th January 2016.