You are here: Home » Tenant and Landlord Property Checklists » The General Election and What’s Next for the Private Rented Sector

publication date: May 12, 2015
|
author/source: Guest article by John Stewart of the RLA

The General Election and What's Next for the Private Rented Sector 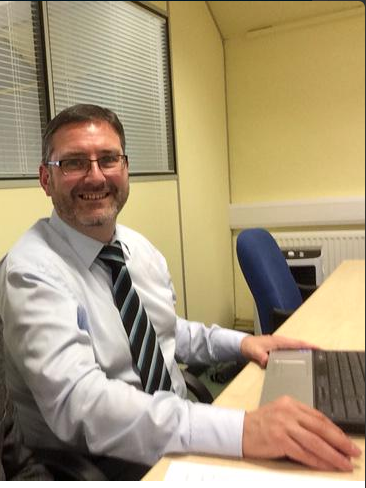 The dust has now settled on the General Election, and with the Conservatives confounding the opinion polls to secure a narrow majority, the RLA’s policy manager, John Stewart, takes a look at what the result will mean for the private Rented Sector.

Most in the PRS will have breathed a sigh of relief when David Cameron was returned to Downing Street with an overall majority, albeit of just twelve seats.

The threat of a minority Labour Government, with a manifesto heavy on PRS regulation, driving through policies such as rent controls and a national register of landlords with the support of the Scottish Nationalists has been seen off.

Instead, the focus is on Conservative plans to extend immigration checks across the country, the surprise Budget proposals to make it easier for tenants to sublet, extension of the right to buy to housing association tenants, and cuts to the welfare budget.
The initial West Midlands phase of immigration checks ends in May and its extension will quickly follow on from the evaluation.  It is likely to roll out in tranches, to limit the volume of enquiries to the landlord helpline.  The RLA will be conducting its own evaluation of the trial, by surveying landlords’ experience.

The subletting proposals need a great deal of clarification, if landlords are not to lose control of who is living in their property.  It cuts across a range of areas including buy-to-let mortgage conditions, insurance, local licensing, and responsibility for HHSRS and anti-social behaviour.  The RLA has already raised its concerns and expects a comprehensive consultation with the sector ahead of any legislation.
Extending the right to buy to housing association tenants will be fiercely resisted by the social housing lobby.  Despite promises of one for one replacement of homes sold, only one in ten council houses was replaced during the last Parliament.  It is hard to see a one for one target being met for those sold by housing associations.  Any reduction in social stock will need to be met by the PRS, increasing demand from those on benefits.  However, the lowering of the benefits cap, and subsequent impact on housing allowances will make landlords even more wary of taking on tenants claiming benefits.

The lowering of the benefits cap is possibly the biggest and most immediate threat to landlords whose tenants are reliant on benefits.  Combined with the gradual extension of Universal Credit, the likelihood of rent arrears will increase as tenants need to top up the housing element from other benefit income.

And just because Labour lost the election, doesn’t mean there won’t be pressure for greater regulation.  Campaign groups and lobbying organisations like Citizens Advice and Shelter will continue to highlight the worst conditions in the PRS, and as the sector grows, so will tenants’ voices.  Backbench debates and bills will provide opportunity to air these concerns and test the level of support for change.

With a majority of only twelve seats and party splits over the European referendum, it is far from certain that David Cameron won’t need allies in other parties, or that his Government may lose its majority, a confidence vote, or both, well before the end of its five year term.
In the short-term landlords may breathe a sigh of relief but there could still be choppy waters ahead.

This article was written by John Stewart, of the Residential Landlords Association

With the governments new measures seeming like they will be implemented in the not-so-distant future, it might be worth signing up to a Landlords Association. Find out why HERE

For FREE, independent and up to date advice on buying, selling and renting a home, sign up for FREE to Property Checklists. Join now to access our FREE property checklists, including:-

All our information is brought to you by Kate Faulkner, author of Which? Property books and one of the UK's top property experts.
This website is Copyright © Designs on Property Ltd and Propertychecklists.co.uk protected under UK and international law.